Don't Score An Own Goal At The Fifa 2010 World Cup

With the start of the FIFA 2010 World Cup just weeks away, the Foreign & Commonwealth Office is urging English football fans to get comprehensive travel insurance before heading to South Africa. And leading online travel insurer, insurewithease.com, is reinforcing the FCO's warning, reminding travellers that they could need assistance with a wide variety of issues, from the theft of their passport, wallet or other personal valuables, through to accidents and illness.

"Figures reveal that more than 460,000 Britons visit South Africa every year and the majority of those are trouble free", explained Paul Byrne, CEO, insurewithease.com. "But no trip is without its risks. According to the FCO, 139 British nationals required consular assistance in South Africa between April 2008 and March 2009 with incidents ranging from hospitalisations to arrests. There were also 871 cases of lost or stolen passports reported to the FCO"

"The risk of violent crime to visitors in the main tourist areas is usually low," continued Paul Byrne. "However, the World Cup will probably see an increase in opportunistic crime, making football fans major targets for theft. We therefore advise fans to leave valuables in their hotel or out of sight when walking around and to make sure they have photocopies of their important documents which they keep separately.

"They should also ensure they have the right level of cover before heading to South Africa this June. insurewithease.com offers a range of flexible policies, all in a matter of clicks. Even a short trip can end up costing thousands if someone falls ill or has an accident, so travelling with the right level of cover is crucial for that added peace of mind." 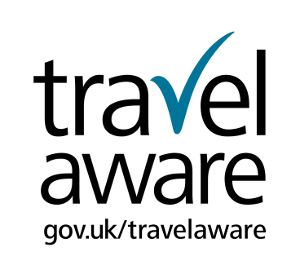